Final Fantasy 14: A Realm Reborn’s 2.2 update Through the Maelstrom has launched on PC and PS3, and Square Enix has just sent us a new batch of screens that show off areas, friendly zones and bosses.

It follows this Through the Maelstrom trailer, which shows returning Aeon boss Leviathan in action. Looks easy right? 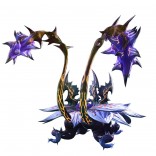