According to Ice-Pick Lodge, its latest game was partially designed by an anonymous stranger, who donated a package of design materials and then suffered a mysterious, sinister fate.

The story goes: in November 2011, Ice-Pick Lodge received an anonymous email with 19 files called “lestplay”, including text fragments, pieces of audio, and snippets of video, along with a weird message “written in a disturbing style” requesting the team turn the materials into a game. The stranger asked Ice-Pick lodge to complete the project he’d started, but said doing so came wqith the risk of suffering “the calamity that befell whoever compiled the ominous archive”.

So here we have Knock-Knock, set in a wooden house in a forest, inhabited by a single man. At night, “unusual guests” knock on the window, and the man must remain sane until dawn, circling the house to close breaches. Players have access to an inventory of just five items, which are randomly generated, and will have to be patient and careful to survive.

“As soon as the first Visitor emerges from the forest, the countdown begins. Every passing hour brings them closer to the house, and the house’s walls offer no sanctuary. Something is already inside. Something is opening the window and banging around in the kitchen. Something controls the cellar and attic. Floorboards creak softly deep in the bowels of the house,” the developer wrote.

“Follow the rules of the game. Of course, as you play the game, the game also plays you.”

Ah ha ha, this sounds brilliant, Screens and trailer below. No release date has been set fo the PC exclusive. Ice-Pick Lodge’s best known game is Pathologic, a 2005 horror adventure with an interesting quest system. 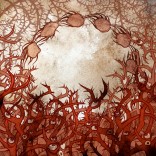