Batman: Arkham Origins will receive a collector’s edition on both PS3 and Xbox 360 that includes a statuette, DLC and some exclusive PS3 content. Warner Bros. has just announced the UK bundle, while a North American pack will be revealed next week.

We reported on rumblings about the pack here, but Warner has made it official in a press release sent to VG247 today.

The pack can be pre-ordered exclusively in the UK at Amazon and will run you £79.99.

It includes the following spoils:

We’ve got images of the pack below. 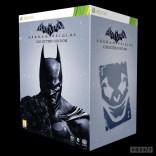 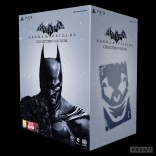