FEAR Online has been announced as in development at Koean-based Inplay Interactive.

To be published on PC by Aeria Games, the free-to-play online multiplayer game is currently accepting beta applications.

“We are thrilled to present the next entry in one of the most popular horror franchises of the last decade,” said Tom Nichols, VP of PC Games, Aeria Games. “FEAR Online will bring back the tense, heart-pounding action that the series is known for and make it accessible to a huge online community of competitive players.”

The game will focus on several team combat modes spanning over ten maps filled with “still-twitching bodies hanging from meat hooks and messages smeared in blood.”

Up to four players can team up against Armacham personnel and “hideous monsters lurking around every corner.”

A release date was not provided, but a teaser is posted below along with some screenshots, renders and art. 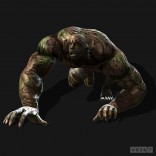