To mark the passing of a young fan, Piranha Games has released a limited edition custom mech, and will donate 100% of proceeds to the Canadian Cancer Society.

The custom Jenner is named for Sarah Marie Alida Parries, who was just five years old when she lost battle with cancer. The young Vancouver gamer played MechWarrior Online with her father Jon.

She favoured a Jenner ‘Mech with streak SRMs, preferring to keep moving and rely on night vision to take down her foes. The pair were apparently well known in the inner sphere.

“Sarah’s passion for ‘Mechs and her battle with cancer had a profound impact everyone at Piranha,” Piranha president Russ Bullock said.

“She was an inspiration with her passion and energy for the game and our hearts and deepest condolences go out to her family. The outpouring of heartfelt sympathy from the MechWarrior community and the support and encouragement we’ve received to develop this unique ‘Mech has been nothing short of incredible. We have the best fans in the world.”

You can check out the mech in the screens and video below. It has a custom exterior and a 10% XP boost. It will not be made available for purchase once the charity campaign ends. 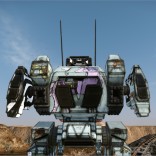 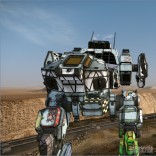 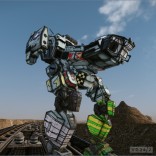