Battlefield 4 campaign details have been announced by DICE.

According to the storyline, the world is chaotic and China is “the tinderbox.” You, as Sergeant Daniel Recker, along with your elite Tombstone squad will need to “navigate the turmoil around you as you fight to save the final hope for peace.”

Here’s more of the synopsis:

“While on a mission to collect intelligence from a defecting Russian General in Baku, Azerbaijan, your squad is discovered and you must fight your way through waves of Russian troops in order to escape. Upon getting back to the USS Valkyrie, a Wasp class carrier, the intelligence you’ve retrieved confirms previous suspicions. The Chinese Admiral Chang is planning a coup in China, and if this happens, the Russians would back him up.

“With this intel secure, the USS Valkyrie sets a course for Shanghai. You and Tombstone squad are sent on a covert mission into the city to extract a group of VIP’s. China is in uproar after the U.S. has been implicated in the assassination of Jin Jié, the future leader and voice for peace in China. Admiral Chang has canceled elections and martial law has been declared. As U.S. and Russian naval forces position themselves off the coast of China, and the situation quickly escalates into a stare down akin to a tinderbox waiting for a spark.”

You can find out more on the story through the Battlefield Blog, as well as more intel on two of your squad members Clayton Pakowski and Kimble Graves.

Battlefield 4 will be available October 29 for PC, PS3 and Xbox 360 and will also be made available for PS4 and Xbox One once the consoles launch. 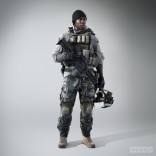 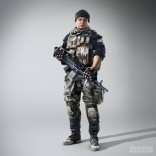