Balloon 27 is the new mobile studio formed by Ignition co-founder Ajay Chadha. The studio’s first title ‘Hill Bill’ is out in July.

In a release sent to VG247 this morning, the studio confirmed it was focusing on the mobile and tablet space, and aside from Hill Bill the team has three games in development.

Hill Bill is a motorbike stunt game for iOS and Android. The studio calls it an “Excitebike-meets-Tony Hawk sidescroller,” set across 60 stages, featuring many ramps, hazard and tricks that must be mastered before Bill can take on his final challenge of jumping the Grand Canyon.

Chadha said of the announcement, “We are proud to announce the formation of indie development and publishing outfit, B27. Our first release, “Hill Bill” is inspired by Evel Knievel and the simple, yet intuitive, principles of game design. I believe users will be quickly captivated by our striking visuals and intuitive gameplay.”

We’ve got a pair of Hill Bill screens below. What do you think? 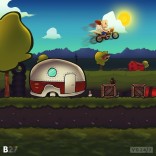 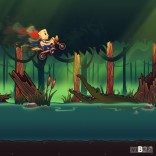