Max: The Curse of Brotherhood has been announced by Press Play, the studio Microsoft acquired in June 2012 and known for its previous title, Max and the Magic Marker.

In the game, Max utters and incantation to “erase” his bothersome little brother, Felix. After doing so, the poor little fella is taken away by evil forces and Max must save him to right this horrible wrong.

Max must use his Magic Marker to manipulate the environment and overcome obstacles as he traverses deserts, bogs, ancient temples and forests to find Felix.

“Max is very much a labor of love for us,” said game director Mikkel Thorsted in the press release. “We’re highly influenced by the stories and movies from late seventies and early eighties like The Brothers Lionheart, The Goonies and Indiana Jones. At the same time it’s about family. About wishing your brother or sister would just go away, only to miss them terribly when they do and ultimately be willing to go through fire and water in order to get them back.”

“Very early on in the development process we realized, we had to rethink the marker mechanics in order to be able to create more focused and interesting puzzles,” added lead game designer Mikkel Martin Pedersen. “The old marker was more marker than magic. This time it is the other way around.”

The adventure-platformer with physics-based puzzles will be made available this spring on XBLA for 1200 MS Points. 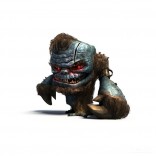 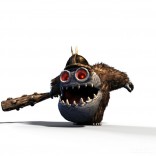 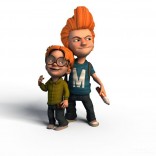 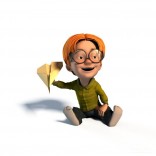