From Software has released 15 new screenshots for Dark Souls: Artorias of the Abyss Edition, which is going to be sold in the west as Dark Souls: Prepare to Die Edition for PC. It’ll come bundled with the upcoming Artorias of the Abyss downloadable content pack. The package will release in Japan on October 25 for 4,800 yen ($61), and will hit North America on Steam and Games for Windows Live as the Prepare to Die Edition on August 24. A retail version is also going to release later in the year for PlayStation 3, and PC. You can check out the shots below. 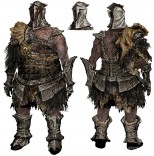