Activision has released details on US pre-order incentives for Transformers: Fall of Cybertron.

GameStop and EB Games customers will receive an unlock code for the G1 Retro Pack, which allows them to play as G1 Optimus Prime from the original ’80s animated series available for both single and multiplayer. Those who pre-order will also receive the G1-inspired Megatron Gun and Shockwave Blast Cannon weapons for the single-player campaign.

Those who pre-order from Amazon will be given a code for the G2 Bruticus skin based on the toyline model which will be available in the single-player campaign.

Transformers: Fall of Cybertron is out in the US on August 28 and in the UK on August 31. 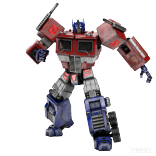