Ubisoft has released a pile of early concept artworks for the first Assassin’s Creed, dating back to November 2004, revealing some of the early ideas the team toyed with and discarded.

All the artworks were produced by Khai Nguyen. Some of the more notable images include co-op gameplay, a female assassin – an idea the team apparently kicked around for a while – and a sketch of an assassin protecting a small child which dates back to the series’ origin as a potential Prince of Persia spin off.

You’ll also see the very first appearance of the hidden blade, a more fantasy-look for the Assassin’s fortress, and two twinned portraits which creator Patrice Desilets used to convey the core concepts of low and high profile. 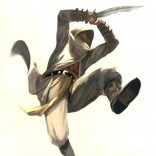 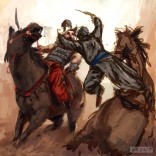