Ubisoft has announced a Ghost Recon: Future Soldier multiplayer beta will run from April 19 until May 2 on PS3 and Xbox 360. In addition, the firm has also announced the Ghost Recon Network.

In the multiplayer beta, up to twelve players will have the opportunity to choose from three classes and trail two different modes:

Both modes will be playable on two different maps, Pipeline and Mill.

The beta can be accessed in the following ways:

Additionally, Ubisoft has announced Ghost Recon Network, a free service that will support all Ghost Recon titles moving forward. It will be accessible from smartphones, tablets, and web browsers, allowing players to interact with the game and upcoming Ghost Recon titles “anywhere at any time.”

Tom Clancy’s Ghost Recon: Future Soldier is scheduled to release PS3 and Xbox 360 in May and will land on PC June 15. 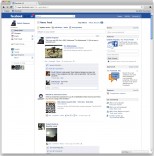