Xbox and LucasArts announced at Comic-Con today that limited edition Xbox 360 console with Kinect painted like R2-D2 with C3-PO-gold controller will be up for grabs soon.

The console comes with the Podracing mode featured in the upcoming title Kinect Star Wars, which also means the game is bundled with the game.

The Xbox 360 Limited Edition Kinect Star Wars Bundle will include:

Pictures of the new bundle are below. Hell, yes. Hell, yes!

Also, Gizmondo has a hands on with it. 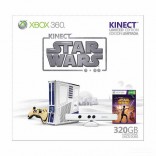 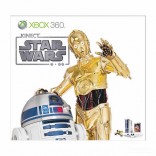