We may have linked you to some of these lovely shots of Rayman Origins before, but now we have them posted for you below so you don’t have to go anywhere else to get them.

In the gallery below, you will also notice some key artworks and shots of some character art as well.

Rayman Origins will contain four-player jump-in/jump-out co-op so you will be able to play as Rayman in the solo campaign,  or have up to three pals join in and play as two Teensies. Players can leave at any time without affecting the others’ progression.

The game also includes over 60 levels of 2D platforming and players will unlock new abilities, progressively, and also have the ability to return to previous levels to discover new paths and secrets.

Rayman Origins is slated for the holidays, and will be made available on PS3, Wii, and Xbox 360 as a full-retail release. 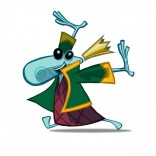 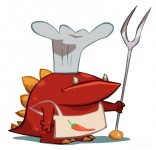