Additionally, the game’s Facebook page is running a competition asking players to design a skin for the F-15C, with the winning entry released as DLC.

Ace Combat: Assault Horizon is due at some point this year on PlayStation 3 and Xbox 360, and famously features some of the most entertaining PR writing ever.

“The demanding Project Aces development team … wanted planes that tore apart limb from limb right in front of your face, spewing their oil lifeblood across the sky. … What they wanted was steel carnage in the sky.”

Gold. See the mediasplosion below. 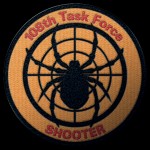