Koei has released an astonishing 34 screenshots for Warriors: Legends of Troy, showing some huge bosses and suitably dramatic cinematics.

The Canadian-developed Legends of Troy departs from the standard Omega Force formula in several ways, with one of the most obvious seen in the gallery below – great big bosses. A gryphon and Cyclops are both seen below.

Warriors: Legends of Troy releases for PlayStation 3 and Xbox 360 in early March, having been slightly delayed in Europe. 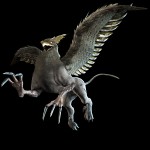 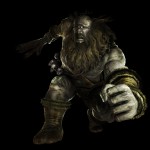