Koei Tecmo has released quite a bit of media for Trinity: Souls of Zill O’ll in the way of new screens and six gameplay clips.

The firm also released a new fact sheet for the game, which we’ve posted in full below.

A king will die at the hands of his own offspring, reads the prophecy of Chancellor Zofor….

TRINITY: Souls of Zill O’ll delivers an unforgettable journey through a world in peril. Players take control of three heroic characters as their quest takes them through a fantastic world filled with vast fields, mysterious cities and dark chambers.

According to myth, the continent of Vyashion, as well as the physical world, was created by the god Notoon. Although universally worshipped across the continent, the people’s shared faith in Notoon failed to bring about a unified society. Vyashion’s many races – human, elf and vampire – have maintained an uneasy peace amongst each other and must now come together to fight the evil King Balor.

Players will use a unique team-based system to switch between each of the three characters – a warrior, a wizard and an assassin – on the fly and unleash combo attacks that use both magic and physical prowess to defeat the countless creatures and towering minions of King Balor.

Trinity: Souls of Zill O’ll will be released exclusively on PS3 in the US on February 8. 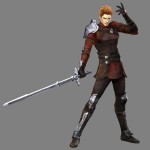 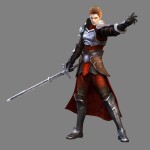 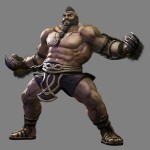 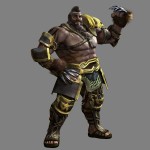 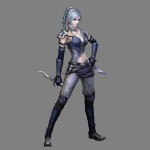 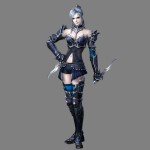